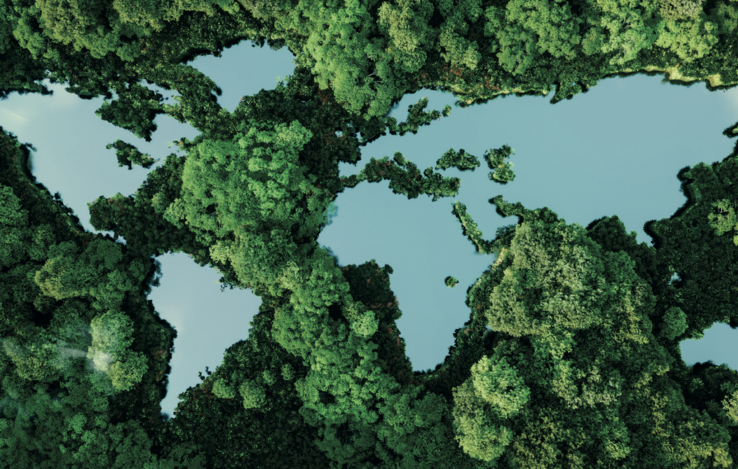 As a musician, you never stop learning: in addition to daily lessons, you also nurture yourself by finding inspiration, meeting creative peers, and taking the time to focus back on what's important to you. That is why, twice a year, the Jazz Department organizes a project week. Some time ago, the seventeenth edition was organised, even bigger and more elaborate than previous editions.

With Wanderlust as its theme, the project week encouraged crossovers from jazz music to other art forms, as a source of inspiration. For this, many big names from the international field were invited to give lectures, master classes, and share the stage with students at various concerts. During a full week with a busy programme, much knowledge was shared and inspiration gained. We highlight a few takeaways.

Masters present
One of the experts present last week was saxophonist Tony Malaby, a heavyweight in the New York contemporary jazz scene. He gave a band masterclass and stood out for his people-oriented approach in coaching the students. Guitarist Agus' band also received feedback: 'Even while experiencing difficult emotions, you have to conform them with your craft during a performance. He had also sensed that was my challenge today, which was really special.'

A second influential saxophonist from New York attended: Seamus Blake brought inspiration, like the other guest lecturers, through his unique style. He is a sophisticated musician, bold improviser with an extensive, musical vocabulary. At the end of Day 2 of the week, the CvA Big Band performed with him as soloist. ‘By playing together with these masterful musicians, students can learn enormously,' says Joachim Junghanss, deputy director of Jazz.

Inspiration from other disciplines
Malaby insisted on the importance of learning about other genres and disciplines. When double bass student River told Malaby during his masterclass that he doesn’t listen to a lot of Jazz, Malaby thought that was great! The project week also endorsed this, and provided inspiration from new angles, some unrelated to music. For example, there was Ashley Kahn's masterclass Jazz goes to the movies, which analysed film music such as Miles Davis' music from Nuit sur les Champs Elysees. What emerged from the analyses? In film, jazz translates the story into music.

Musicians never stop learning
The various instrument master classes also attracted other students. Jazz singer Mina, for instance, was at the trumpet masterclass by the versatile musician, Percy Pursglove: 'For me trumpet comes very close to singing, in terms of breathing, articulation... But Percy also talked about the psychology behind playing: how to find depth in your piece, the importance of space, and how to make one brain out of all the musicians in the ensemble. You can apply those topics to all instruments. As a musician, you never stop learning, and this week that learning process was made extra enjoyable.'

See you in spring 2023 for another project week!