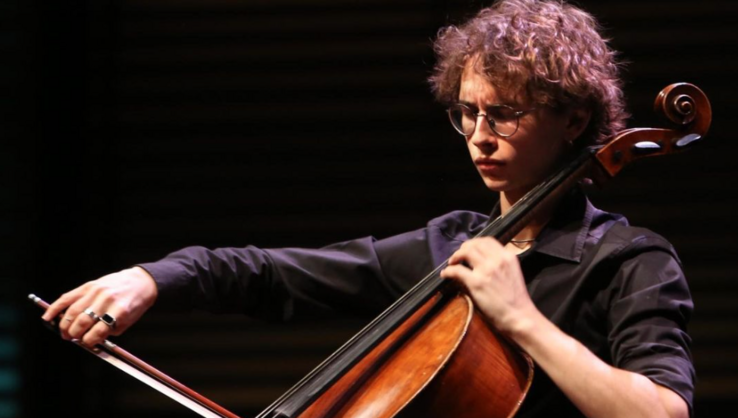 On October 28, Stefano Bruno won the first prize in the National Cello Competition, which was organized during the Cello Biënnale 2022. Jury chairman Sven Arne Tepl praised Stefano for his expressive and refined playing: ‘You stand behind the music and let the music come forward.’ Stefano Bruno (2000) is currently a master's student at the Conservatorium van Amsterdam with Pieter Wispelwey and studies at the National Academy of Santa Cecilia in Rome with Giovanni Sollima.

The second prize went to CvA-student Isaac Lottman; who is also a student of Pieter Wispelwey. The Third Prize winner was Emma van Schadewijk, who also won the Audience Prize and the Prize for the best performance of the commissioned composition. The Start in Splendor Prize, a learning programme in which the winner gets to programme and promote their own concert, went to Emma Warmelink. Florianne Remme won the Encouragement Prize.

About the National Cello Competition 2022
From 20 to 29 October, the annual Cello Biënnale takes place at the Muziekgebouw aan het Ij. During the biennial, the National Cello Competition was organized. In three public rounds, 15 young cellists competed for the main prize. During the finale on October 28, the three finalists performed Elgar's cello concerto in e, accompanied by the CvA Symphony Orchestra conducted by Sander Teepen.