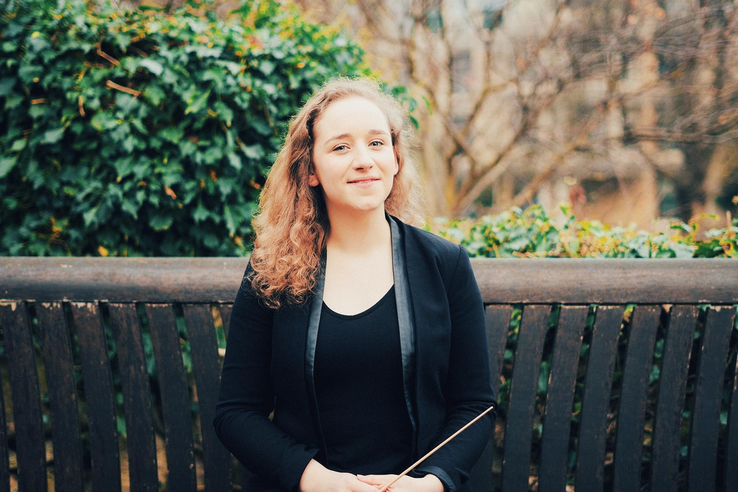 NMO-student Chloe Rooke was one of the 20 young conductors who competed across the competition's three days, from 21-23 May. A panel of illustrious conductors and musicians judged each round, selecting the successful candidates to go on to the next, and ultimately selecting the three finalists including Chloe. In the final round, which was streamed live on Medici TV, she took the audience prize.

The National Master in Orchestral Conducting (NMO) is a prestigious two-year master's programme offered jointly by the Conservatorium van Amsterdam and the Royal Conservatoire The Hague. This programme is presented in cooperation with several Dutch orchestras, including the Netherlands Philharmonic Orchestra, the North Netherlands Symphony Orchestra and the Residentie Orkest.

The National Master in Orchestral Conducting is supported by Het Kersjes Fonds.