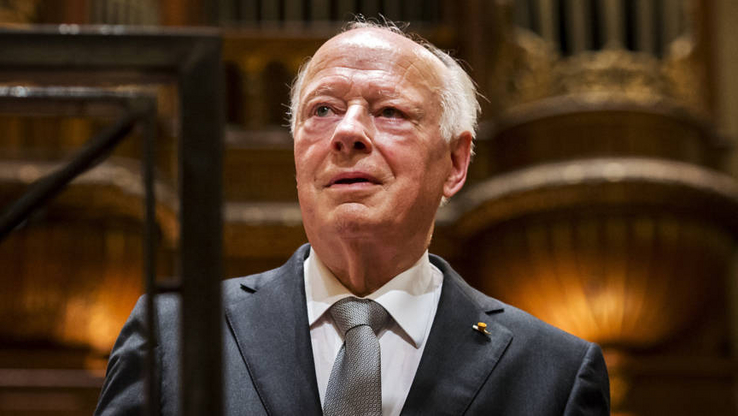 Surrounded by his close family, Bernard Haitink passed away at the age of 92 in his hometown of London. We remember him with great admiration and gratitude for his enormous contribution to classical music.

'Bernard Haitink was the greatest conductor of his time.'
Parool

More than two years ago, on Saturday 15 June 2019, conductor Bernard Haitink, after a career spanning 65 years, performed an impressive concert in the Concertgebouw for the last time. Bernard Haitink was an alumnus of the Conservatorium van Amsterdam, where he studied violin and conducting. As a tribute to Haitink, the Conservatorium van Amsterdam has named the largest concert hall in the building at Oosterdokskade after him: the Bernard Haitinkzaal. On February 23, 2016, Haitink honored the Conservatory of Amsterdam with a visit and talked to teachers and students, who experienced him as a very modest and amiable person, with a great interest in the young generation of new musicians.

Our thoughts go out to his wife, family and loved ones.