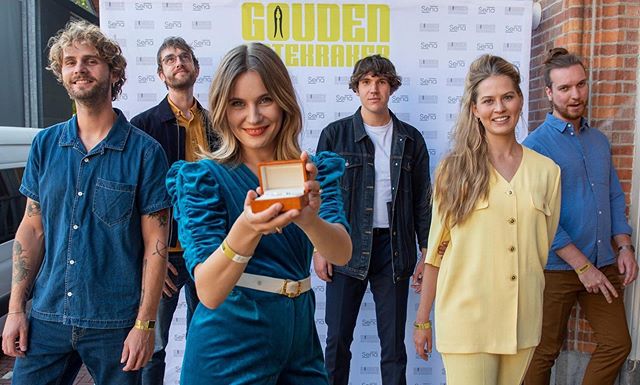 The band Darlyn, featuring CvA Pop alumn Diwa Meijman as songwriter and lead singer, has won the Zilveren Notekraker. The prize is awarded to the new and upcoming artist/band with the most outstanding and influential live achievements.

"Darlyn, with its mix of pop, indie and folk, is no stranger to the club- and festivalcircuit. The powerful voice and performance of singer Diwa Meijman together with the voice and dynamics of guitarist Wessel Herbschleb really come into its own live on stage. Darlyn’s first and varied album ‘Was It A Dream’ is one of the surprises of 2020", according to the jury.

The Gouden Notekraker went to Eefje de Visser. During her live shows she is supported by CvA Alumns Aysha de Groot and Wieteke Wijte, who sing background vocals.

Presented by Jan Willem Roodbeen (Radio 2) the award ceremony, along with the special performances, will be broadcast on Friday October 30 (with reservation) by NTR on NPO2 Extra.