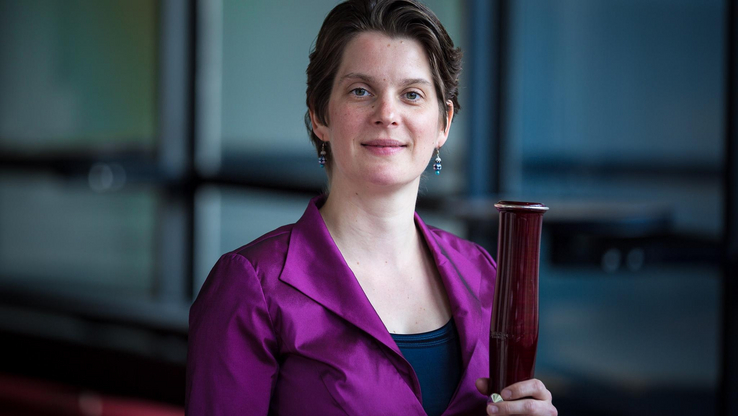 The Conservatorium van Amsterdam is proud to welcome Helma van den Brink as teacher of bassoon as a principal subject. Helma will join the bassoon section in September 2020, due to the retirement of Ronald Karten.

"Helma is a young, but very experienced bassoonist," says Okke Westdorp, Associate Director and Head of Classical Music. "Her appointment will further strengthen the bond between the conservatory and the Royal Concertgebouw Orchestra. Together with principal subject teachers Simon Van Holen, Jos de Lange and regular guest teacher Gustavo Nuñez, we have a versatile and inspiring bassoon department."

Helma van den Brink studied bassoon with Johan Steinmann and Gustavo Núñez at the Royal Conservatoire of The Hague, obtaining het soloist diploma in 2005.
She played in youth orchestras such as the European Union Youth Orchestra and the National Youth Orchestra, and worked with various orchestras in the Netherlands and abroad. Since December 2005, Helma van den Brink has been  second bassoonist with the Royal Concertgebouw Orchestra. In 2018 she substituted as principal bassoon with the City of Birmingham Symphony Orchestra.
Additionally, Helma performs as a soloist and in various chamber music ensembles.