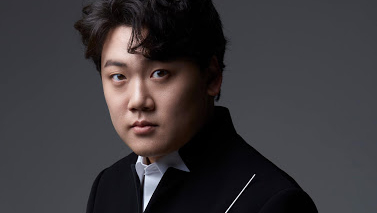 On Saturday October 25 Leonard Kwon, alumnus of the Master of Music in Orchestral Conducting, conducted the Concertgebouw Orchestra in a programme with music by Igor Stravinsky and Theo Loevendie.

Leonard Kwon, born in the USA and raised in South Korea, studied musicology and recorder at Seoul National University of Arts and Korea National University of Arts. He was so inspired by the early music movement and conductors such as Frans Brüggen and Nikolaus Harnoncourt that he moved to the Netherlands to continue his studies. He received his degree in recorder at the Royal Conservatory of The Hague and in orchestral conducting at the Conservatorium van Amsterdam.

From 2017-2019 he participated in the National Master of Music in Orchestral Conducting programme, a joint programme of the Royal Conservatory of The Hague and the Conservatorium van Amsterdam, where he studied with Ed Spanjaard, Jac van Steen and Kenneth Montgomery. Furthermore, Leonard Kwon attended masterclasses by Daniele Gatti, Johannes Schlaefli, Michel Tabachnik, Nicolas Pasquet, Marc Albrecht and Jorma Panula.

Leonard Kwon has been assistant conductor in four productions with Dutch National Opera Academy and was one of three candidates selected to work with the Orchestra of the Eighteenth Century during the young conductors project. As a guest conductor he worked with the Netherlands Philharmonic Orchestra (on a production of Donizetti’s L’elisir d’amore), the Residentie Orkest and the Gwangju Symphony Orchestra in Korea. He has been invited back by all three orchestras.

Click here to view a recording of the concert

More about the National Master of Music in Orchestral Conducting