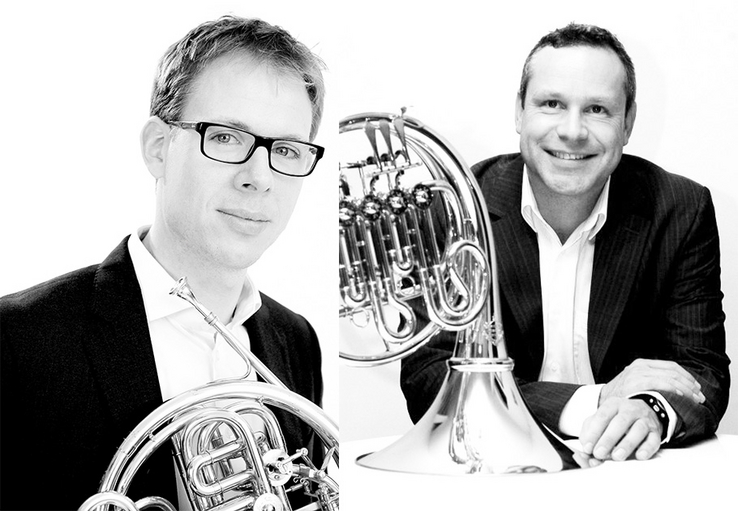 The Conservatorium van Amsterdam is very pleased to announce that two top hornists, Laurens Woudenberg and Jasper de Waal, will join the Classical teaching staff at the Conservatorium van Amsterdam. Laurens Woudenberg will be appointed regular guest teacher als of January 2019; Jasper de Waal’s appointment as principal subject teacher will commence September 2019, but he will already give various master classes next study year.

The conservatory is very happy to have these internationally renowned musicians. ‘Laurens Woudenberg has been principal hornist with the Royal Concertgebouw Orchestra since 2012, a position which Jasper de Waal has held until then. This will strengthen our bonds with the Royal Concertgebouw Orchestra even more,’ says Okke Westdorp, Associate Director and Head of the Classical Department. ‘With these two top musicians we can offer the next generation of hornists an excellent study programme.’

Laurens Woudenberg and Jasper de Waal are also very pleased to join the brass faculty. Laurens: ‘The Conservatorium van Amsterdam is renowned for its excellence and innovation in the field of education. I look forward to getting to work with the students.’ And Jasper: ‘The insitute is a hub of creativity. A wonderful place to teach.’