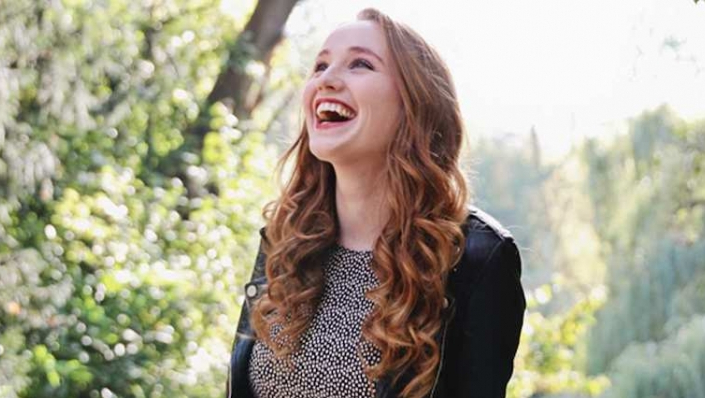 On September 24th, soprano Laetitia Gerards appeared on the Dutch national music TV show ‘Podium Witteman’. She sung a  duet with Rosanne van Sandwijk from Mozart’s La clemenza di Tito, a production with the Orchestra of the Eighteenth Century, which will be performed at various venues  in October, with Laetitia singing the role of Servilia. Two other CvA alumni will also participate in this production: Deirdre Angenent, who graduated from the Dutch National Opera Academy in 2010, will sing the role of Vitellia, and Henk Neven, who graduated from the master’s degree programme in Voice in 2003, will sing the role of Publio.

Laetitia Gerards graduated with distinction from the bachelor’s degree programme at the Conservatorium van Amsterdam, where she studied with Sasja Hunnego, in 2016.

The Conservatorium van Amsterdam is also well-represented in the Orchestra of the Eighteenth Century; among its members are CvA teachers Kees Koelmans, Sayuri Yamagata, Margaret Urquhart and Teunis van der Zwart.