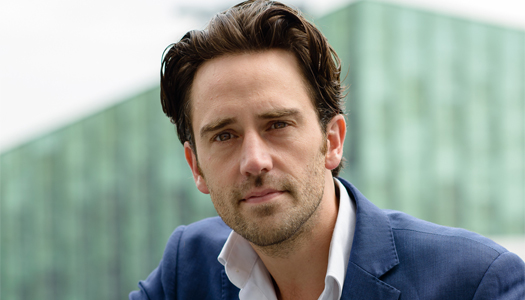 The management of the Conservatorium van Amsterdam are pleased to announce that Okke Westdorp has been appointed Associate Director (Classical and Music in Education Departments). Okke Westdorp (1981) has been Head of Classical Music at Codarts School of the Arts in Rotterdam since 2015, having been manager for the Jazz, Pop and World Music Departments at this institution before. As of September 1st, 2017, he will succeed Arnold Marinissen, who wishes to set other priorities in his career.

Okke Westdorp studied French horn at the Royal Conservatoire in The Hague and Organisation, Culture and Management at Utrecht University. In addition to his position as a member with the Residentie Orkest he was a subsitute with the Royal Concertgebouw Orchestra and the Netherlands Wind Ensemble. After finishing his career as a musician, he worked as a fundraiser for the Residentie Orkest and went on to become an executive at Codarts. Additionally, Okke holds several managerial functions.