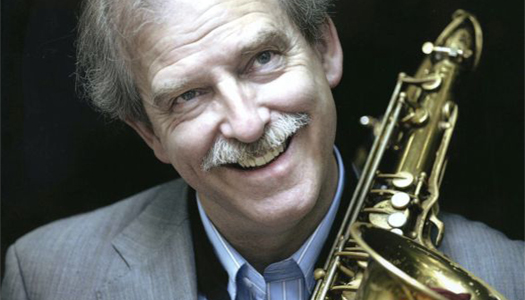 Regretfully we announce that, as of September 1st, saxophonist Ferdinand Povel has resigned from the Conservatorium van Amsterdam’s Jazz Department

. Ferdinand has played an incredibly important role in the development of professional music education. From the very first beginnings, in 1980, he was involved in the creation of the saxophone department, first at the Hilversum Conservatory, then at the Conservatorium van Amsterdam. He also taught at the conservatories of Rotterdam, The Hague and Zwolle. So many of his students have gone on to make names for themselves in the jazz world that Ferdinand has been called ‘one of the important sources of the last two generations of excellent jazz musicians.’ We thank him for his boundless commitment and efforts.

Ferdinand Povel has become an icon in the Dutch jazz scene. He performs with countless ensembles and orchestras at home and abroad. He is a guest soloist for the Metropole Orchestra, the Jazz Orchestra of the Concertgebouw, the Dutch Jazz Orchestra, and various foreign orchestras, including BBC Big Band, UMO Orchestra Helsinki, and BRT Orchestra. He has played in the front line with jazz icons such as Art Farmer, Bennie Bailey, Woody Shaw, and Jimmy Knepper. His discography includes over one hundred record and CD albums to which he has contributed as a soloist. He won numerous prizes; in 2005 he received the Meer Jazz Award for his important contribution to Dutch jazz, and in 2011 he received The VPRO/Boy Edgar Award, the Netherlands’ most prestigious jazz-award.