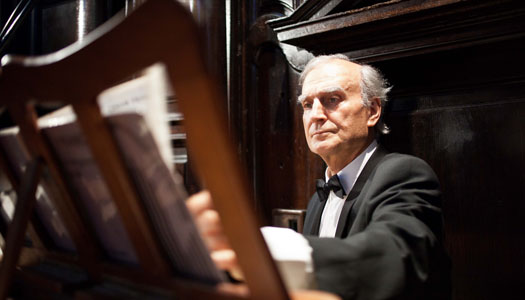 Organist Louis Robillard has been appointed guest teacher to the organ department of the CvA for the 2015-2016 academic year.

A teacher at the Conservatoire National de Région de Lyon and principal organist of the grand Cavaillé-Coll organ at the Saint-François-de-Sales in Lyon, Louis Robilliard gives concerts and masterclasses the world over. His many recordings have won wide acclaim.  As a result of his interest in organ building and the protection of organs, he has been a rapporteur for the Commission Nationale Supérieure des Monuments Historiques.

A player and improviser with an extensive repertoire, Louis Robillard focuses on the aesthetics of 19th- and 20th-century music,  which requires the organist to be an ‘inspired architect’,  who combines virtuosity with mastery of the instrument.