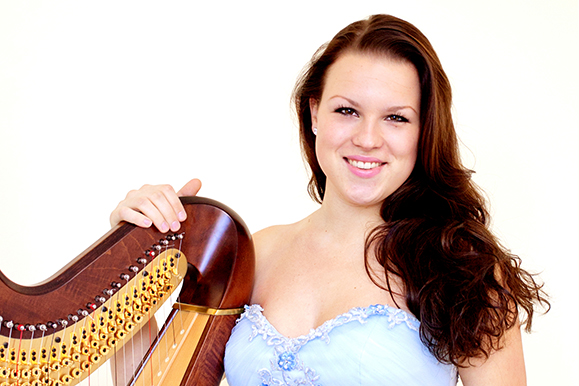 On April 6th, harpist Anneleen Schuitemaker won first prize at the 5th International Harp Competition in Germany. In addition to an amount of money she won a concert to be given at the 6th edition of the competition.

Additionally, she recently managed to reach the semi-final of the Dutch Harp Festival, which took place from February 26th to March 2nd. She was the only Dutch contestant to do so.

Anneleen started her studies with Erika Waardenburg at the Conservatorium van Amsterdam in 2010 and will do her bachelor's final exam in june of this year.