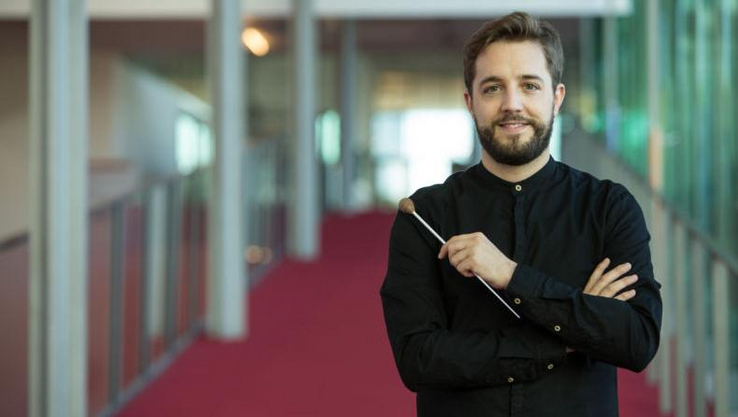 CvA alumnus Jaume Santonja Espinós has been appointed as the City of Birmingham Symphony orchestra’s next Assistant Conductor. Jaume was chosen unanimously by the Assistant Conductor panel and by Orchestra members after participating in a conducting masterclass. He was selected from twelve masterclass participants from all over the world.

Jaume studied percussion at the Royal Conservatory of Antwerp and the Conservatorium van Amsterdam, where he obtained his master’s degree in 2010. He is currently principal percussionist with the Antwerp Symphony Orchestra and since the 2016-17 season has been Assistant Conductor of the Orquesta de Extremadura (Spain).