in the performance of French Tragic Opera from Lully to Rameau

Information about this project will be published here soon. 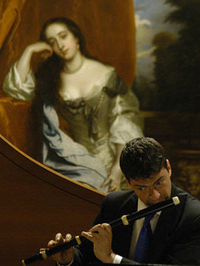 Jed Wentz received a Bachelor of Music from the Oberlin Conservatory of Music, a Masters degree from the Royal Conservatory of the Hague and his doctorate from the University of Leiden. He founded and has performed extensively, both as flutist and operatic conductor, with the early music ensemble Musica ad Rhenum, with whom has recorded more than 30 CDs of 18th-century repertoire. He teaches at the Conservatorium van Amsterdam and has published articles on music and dance in Tijdschrift voor Oude Muziek, Early Music, Journal for Eighteenth-Century Studies, The Eighteenth-Century Novel, The Cambridge Opera Journal and Music in Art.