Like the famous Requiem, Mozart’s ‘Great Mass’ in C minor, K. 427, is an unfinished work. Of the two Credo movements composed in outlines, the instrumentation was not finished, and of the completed Sanctus and Benedictus the main score has gone lost and has to be reconstructed from Mozart’s surviving wind score and secondary sources. Performances of the Mass necessarily have to rely on completions and reconstructions by other authors.

Eight or nine completions of both the C-minor Mass and the Requiem are available. Of the Requiem there is a version dating from Mozart’s own time, the completion by his assistant Franz Xaver Süßmayr. And although heavily critized from the first performances onwards, there are strong indications that this version is at least partially based on information from the composer. Therefore it still counts as the standard version. Of the C-minor Mass, however, such an historical completion does not exist. The only available performing editions date from the twentieth and twenty-first centuries. All of these versions, however, have met with serious criticism and none of them has succeeded in becoming a standard version.

The research question of this dissertation is whether it would be possible to arrive at a more convincing completion by combining (a) the most recent findings of historical musicology, (b) historically informed music theory (counterpoint, harmony, and analysis), (c) a detailed study of Mozart’s typical style of composition and instrumentation, (d) the experience of several decades of historically informed performance practice. In this dissertation, I hope to show that such a combination can indeed lead to more satisfactory results.
The thesis consists of two parts, ‘Part A: Text’, and ‘Part B: Music’. Part A, the text part, summarizes the current state of historical research about the work, discusses the musical sources in detail (autograph, secondary manuscript sources, early editions), analyses the work and its various movements in relation to Mozart’s composition and instrumentation techniques in similar completed works and other composers’ works that may have inspired him, explores the possibilities for completion of the incomplete movements of K. 427, discusses the versions published so far, and offers a new completion. The choices made in the new version are motivated by comparisons with many examples from Mozart’s completed works, including the finished movements of the Mass itself, and works by Bach and Handel (among others) which Mozart studied with great enthusiasm in the period he worked on the C-minor Mass. A concluding chapter summarizes the most important findings and offers some reflections on the relation between musicology, music theory, orchestration, and performance practice, and on the nature of academic research into the arts.

Part B is a full score of the newly completed movements ‘Credo in unum Deum’, ‘Et incarnatus est’, and the newly reconstructed Sanctus and Benedictus. These four movements will be part of a new edition of the complete Mass, to be published in 2017 by Breitkopf & Härtel, Wiesbaden, Germany. 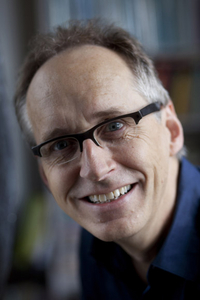 Clemens Kemme is an Amsterdam-based music theorist, arranger, and musicologist, specialized in Mozart, Debussy, Ravel, and jazz. In 2006, he finished new completions of Mozart’s Mass in C minor K. 427 and Requiem for Frans Brüggen’s Orchestra of the Eighteenth Century and the Netherlands Bach Society. His version of K. 427 was recorded in 2012 by Peter Dijkstra and the Chor des Bayerischen Rundfunks.
In October 2017, he obtained his doctorate with a dissertation entitled Mozart’s Unfinished Mass in C minor, K. 427. History, Theory, and Practice of its Completion. His new edition of the Mass was published by Breitkopf & Härtel.